In 2017, the dynamic pricing system was extended to the entire commercial segment of FPC’s domestic services.

In 2017, FPC completed phase six of its project for phasing in a dynamic pricing system.

As a result, the dynamic pricing system was extended to the entire commercial segment of FPC’s domestic services (the deregulated segment of trains outside socially necessary train services).

The revenue management system was rolled out between 2013 and 2017 in six phases:

The dynamic pricing system is a multifactor pricing tool that combines most approaches previously used as marketing promotion tools: pricing depending on seat/berth category (upper or lower berth); day of the week; booking date, etc.

Unlike static marketing promotions which offer the rates set in advance for an extended period of time, the dynamic pricing system implies flexible ticketing reflecting internal dynamics and various external trends as at the sale date.

The dynamic pricing system helps identify the balance between the supply of and demand for services, ultimately driving the demand for rail services.

In 2017, approximately 75% of tickets covered by dynamic pricing were sold at prices below or comparable to basic fares (fares that would have been applied without dynamic pricing).

RZD Holding’s RZD Bonus Loyalty Programme allows passengers to collect points for travelling on trains and carriages operated by FPC (acting as a Russian Railways subsidiary) or on Sapsan and Allegro trains. The earned points can be exchanged for premium tickets or donated to Charitable Foundations to cover the fares of children and adult patients travelling to treatment centres.

Since 17 December 2013, loyalty points are awarded based on the ticket cost using the following conversion rate: three points per every ten roubles spent to purchase the ticket.

The programme provides for two membership levels: basic and golden.

57.2 %
increase in the number of registered members

Special projects were also implemented as part of the Programme:

Over 888,000 members registered with the Programme in 2017. The number of registered members grew by 57.2% year-on-year. Over 88.7% of tickets were purchased by members via the corporate website of Russian Railways.

In 2017, the following projects were run under the RZD Bonus Loyalty Programme jointly with the Programme’s partners:

Activities planned under the Programme for 2018 include: 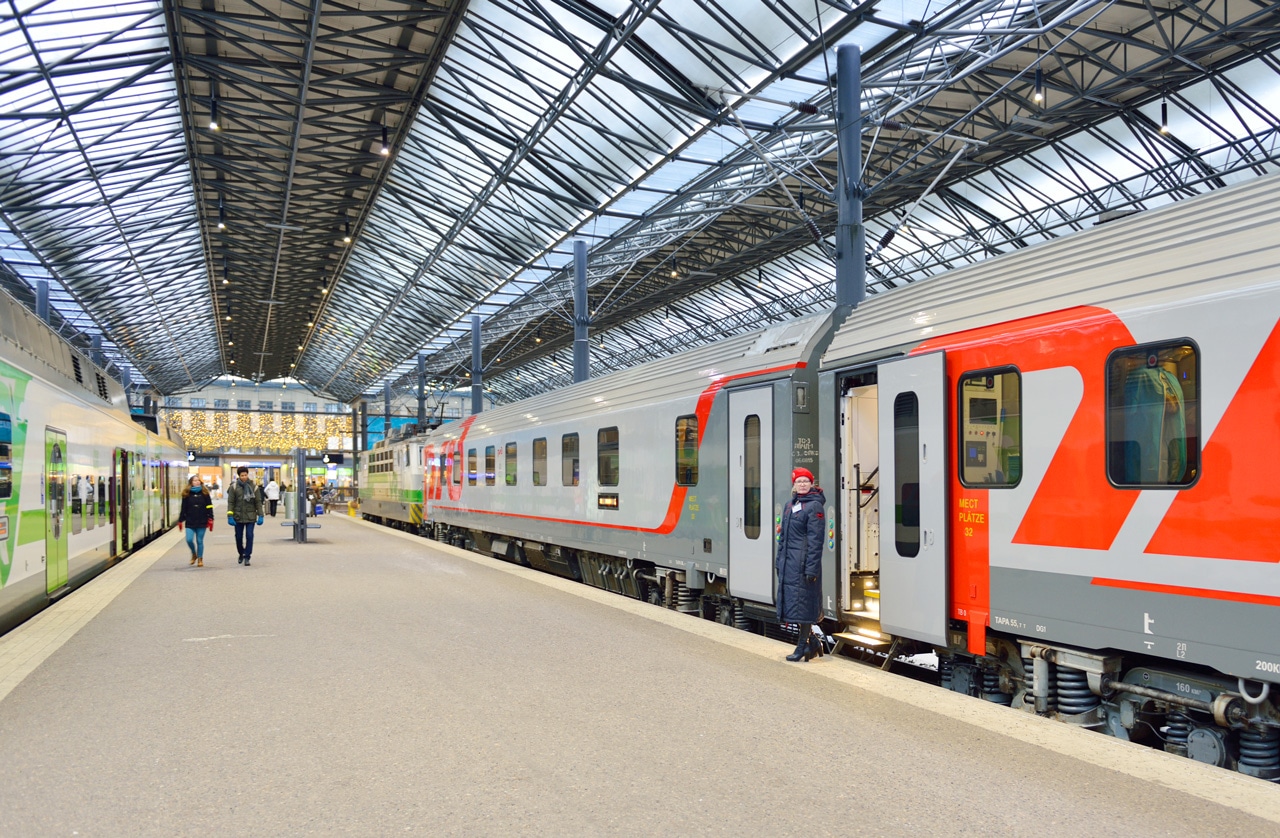 During the reporting year, we extensively used ticketing promotions to retain the existing and attract new customers, driven by:

4,400 passengers
benefited from the Discover Russia with Russian Railways programme

A total of 30 marketing initiatives were delivered in the reporting year to enhance transport mobility among our customers.

The most notable initiatives included:

9,600 passengers
benefited from the Day of Older Persons promotion

Additionally, to boost the passenger traffic and maintain a competitive edge, we offered a number of special fare offers for FPC’s trains: New Year Night, Travel on the New Year Night, and Passenger Day.

To improve the travel experience for our passengers, we offered a 40% discount on buying out all berths in a first-class carriage cabin by one passenger in 20 trains from 1 December 2017 to 14 January 2018. In December, 108 passengers took advantage of the offer, generating additional revenue of RUB 108,600.

RZD Bonus Loyalty Programme members were offered an opportunity to book premium tickets for first-class carriages at the cost of a premium ticket in a compartment carriage, and for luxury carriages at the cost of a ticket in a first-class carriage between 25 November and 31 December 2017. The offer was used by 7,034 passengers of compartment carriages, and 390 passengers of luxury carriages, up 4.8 times and 3.3 times year- on- year, respectively.

In the regulated segment:

By scaling up our marketing promotions, we were able to mitigate the implications of the 3.9% price indexation as the average fare in the regulated segment only increased by 2.6%.

In the deregulated segment:

In 2017, the average fare for compartment carriages decreased by 1.8% following the roll- out of the dynamic pricing system and a range of marketing promotions run to target all passenger groups.

Over 8.5 million passengers used the discounted and special fare offers for compartment carriages in 2017, up 6% year-on-year.

In 2018, FPC plans to improve its revenue management system, optimise ticketing algorithms, and introduce a pricing policy with predictable rules of changes in fares.

We will continue to run marketing campaigns in 2018 to generate additional passenger traffic.

The following promotions will be run during May holidays in Russia:

FPC offers the following special fares for children between 10 and 17 years:

Another highlight of our marketing policy in 2018 will be preliminary notifications of passengers about promotions, with promotion tickets made available by the promotion sales start.